Rescue crews were dispatched by Lackawanna County 911 just after 12:15pm for for a reported two car MVA, vehicle rollover Interstate 84 at milemarker 7.2 westbound. Additional reports came in reporting a tractor trailer vs. car, tractor trailer rollover in Roaring Brook Township. Upon arrival of the first rescue company, Rescue 29, encountered a tractor trailer, hauling logs, lying on its side across the entire roadway, with the logs scattered around the scene. A passenger vehicle was also found to be involved. All occupants where self extricated and where tended to by EMS personnel. Rescue personnel went to work quickly containing fluids that where leaking and working to reopen the Interstate. Rescue Company 15 soon arrived and assisted with fluid control and containment. Firefighters remained on scene with the towing company during recovery efforts until the scene was clear. Two people where transported to the hospital. Great teamwork by all operating on scene to quickly get the interstate reopen. We would like to give a huge thank you to Penndot for assisting with traffic control. 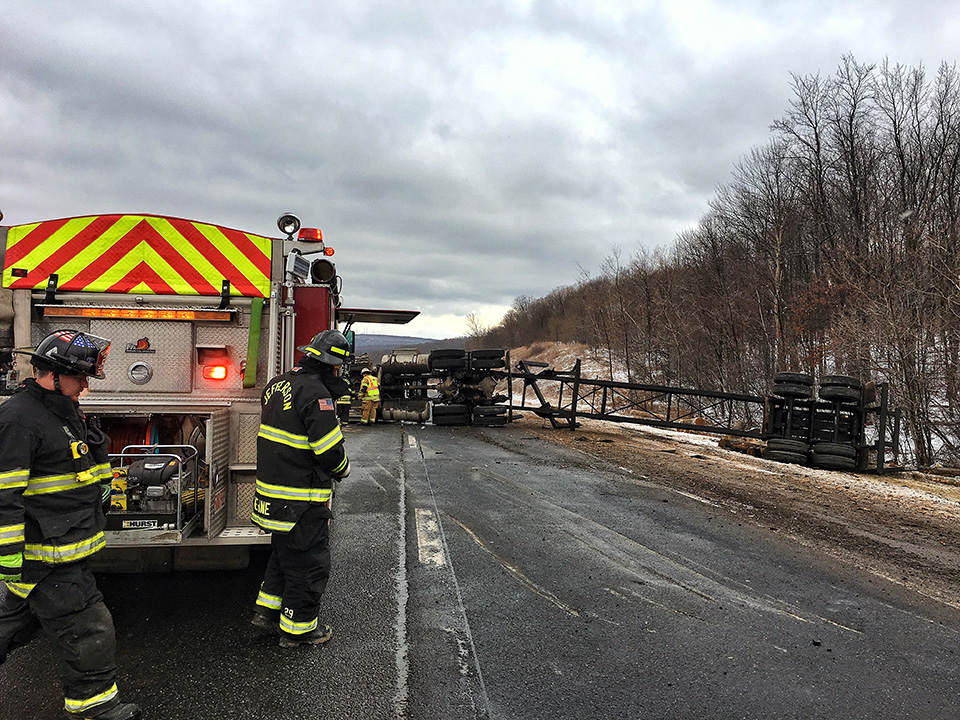 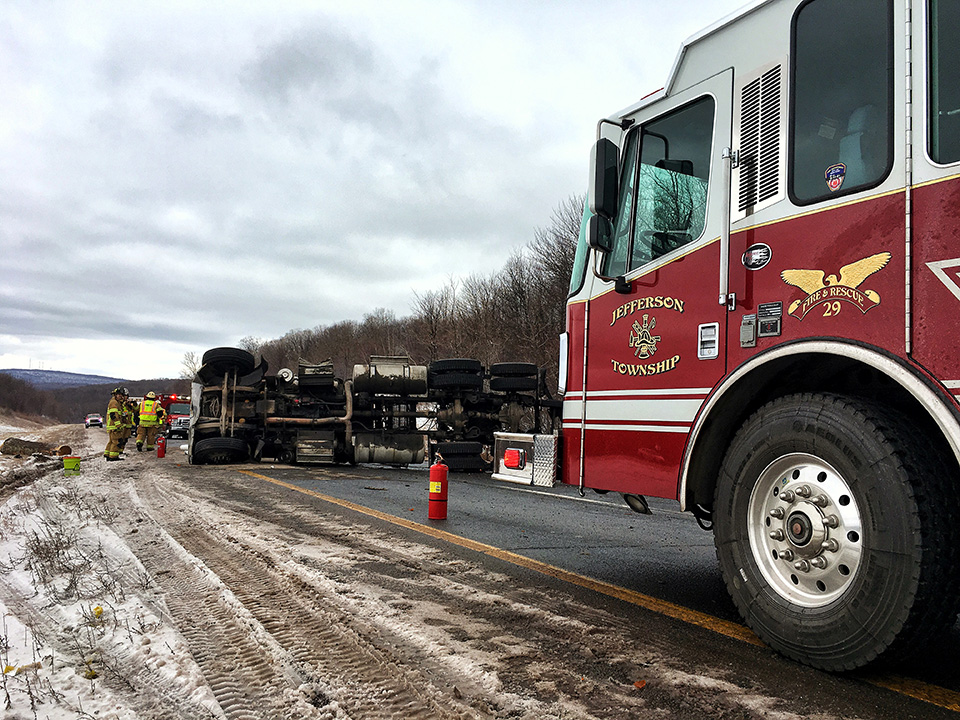 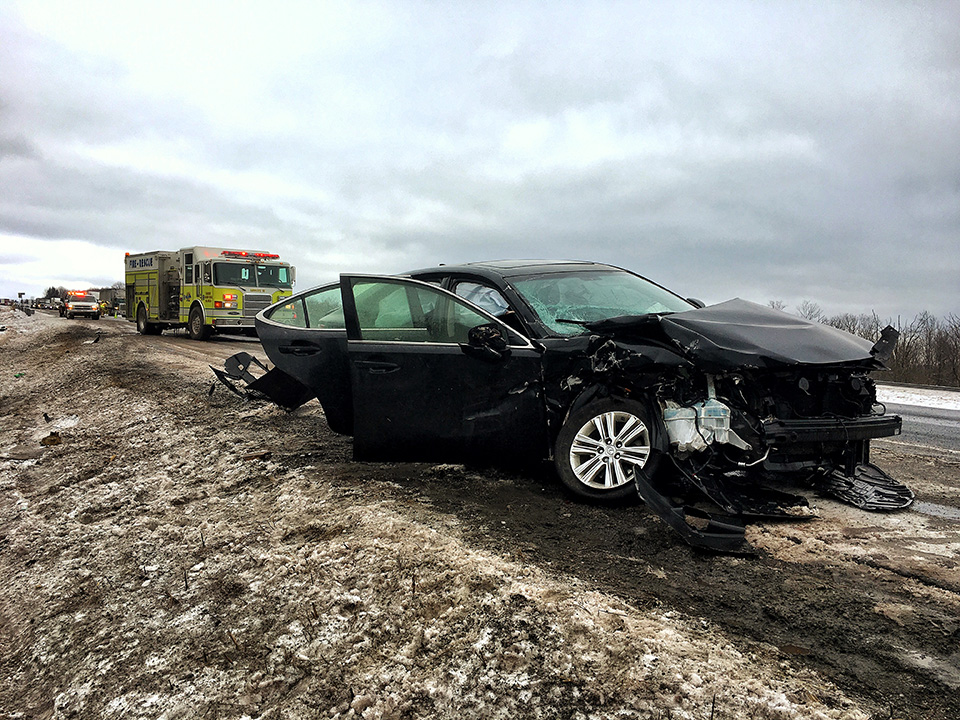